Music to touch
Your basket is empty. 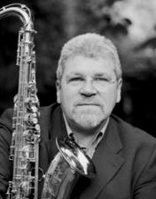 Chris Stieve-Dawe was born in London, he began his music career as a member of the National Youth Orchestra of Great Britain where he was a member for a total of six years. He has also toured extensively as a Jazz saxophonist throughout Europe.

In 1971 he joined the Military as a musician and studied at the Royal Military School of Music in London. He served for 13 years as a conductor and qualified for a diploma for conducting, arranging and harmony at the Royal College of Music, London and completed a further study for a diploma as saxophonist.

He has being living and working as a musician in Germany since 1993 engaged as a conductor, teacher and author, he writes for all kinds of ensembles, especially Big Band, Concert Band, Saxophone Quartet and on occasions scoring film music.