Welcome to our internet shop! 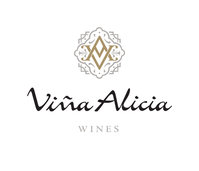 Viña Alicia" is a small jewel of a winery in Luján de Cuyo, Mendoza (Lunlunta sector). It is “small” in terms of land extension and total production, but a real gem and “grand” for its longstanding tradition of winemaking, the passion for its terroir, and the excellence of its wines created over several generations. In the year 1998, after almost 25 years of experimenting, Alicia Mateu de Arizu – wife of renown winemaker Alberto Arizu (owner of the Luigi Bosca winery) – together with her youngest son Rodrigo Arizu starts selling the wines, which should from now on wear her name - „Viña Alicia“: two exclusive blends and four exclusive varietal wines, that surprise wine lovers with something special. With “chateau-like” characteristics, the Viña Alicia winery is surrounded by a ten-hectare vineyard, which produces Cabernet Sauvignon, Cabernet Franc and Merlot, including some impossible-to-find “rarities” in Argentina, such as Grenache Noir and Carignan, and two hectares of Petit Verdot (a clonal development of 15 years in the making). Viña Alicia owns another 15-hectare, ninety year-old, vineyard in Las Compuertas, Luján de Cuyo, where it produces exclusively Malbec, a vineyard that Alicia inherited from her father, Don Miguel Mateu. The production is very limited, or better to say controlled, to ensure the highest quality of the wines. Only between 800 and 1000 bottles of the top wines Nebbiolo, Cuarzo and Brote Negro (“Black shoot” - a natural Malbec rarity, detected in a very old Malbec vineyard) are produces each year. Very few bottles remain in Argentina, the rest goes to 8 worldwide distributors, where it is sold though closed circles and subscription tasting.