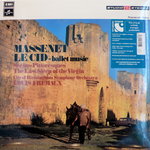 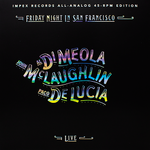 The standard PSU1 power supply has powered Graham Slee phono stages, MM and MC, through a number of great reviews since its introduction in 2000. However, Graham Slee had refused to accept moving coil as superior no matter how hard he tried to the contrary, which simply led them to making better and better MC phono stages, which have delighted our ever increasing customer base… but not him. During development of the Accession MC he found the much revered technique of PCB ground planes could be improved by also hard wiring ground returns. According to the experts this makes absolutely no difference, but the difference was immediately audible (all Accession MCs are supplied with ground paths hard wired). So his thoughts turned to the PSU1, and the application of Kirchhoff’s current law and its violations.

Something he’d witnessed developing other circuits sprang to mind and investigating the PSU1’s energy storage (the reservoir caps) it occurred to him that by fitting capacitors which met very particular rules, the “microscopic” signal currents, which according to him, were not being treated equally, would improve matters greatly.

Frustratingly there was just one value in only one capacitor range capable of meeting those very particular rules. These were obtained and it made such a difference that he now prefers moving coil! The PSU1 Enigma is equipped with a specially made DC cord, originally auditioned with the standard PSU1 where it made no difference, but it definitely does with the PSU1 Enigma!