(Safari users may have problems playing these Flash files)

Basket
Your basket is empty. 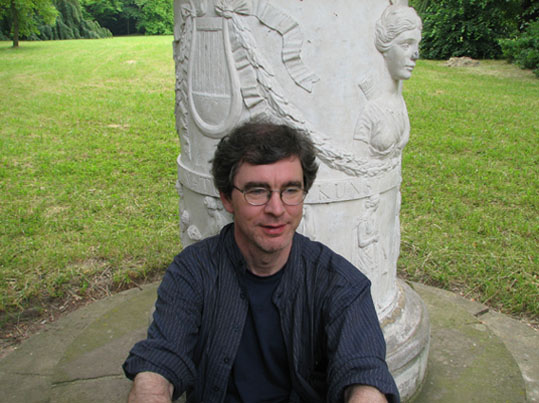 Peter Lawrence was born in 1965 in Barrow-in-Furness in the north of England. He learnt the violin from the age of 6 and trumpet from 11 and started composing and arranging, mainly for brass ensembles, while still at school.


This interest in composition continued during his time at the Royal College of Music, London (1983-88) where he studied trumpet, piano and violin and had his own brass quintet, "Brass Spectrum".

By his graduation in 1988 he had won the David Mason Orchestral Trumpet Prize 2 years running and the Malcolm Sargent Award. He then went on to play principal trumpet in the Scottish Opera in Glasgow and the Royal Shakespeare Company before leaving England in 1991 to play trumpet and keyboards in "Cats" in Zürich. During his time in Switzerland he wrote, amongst other things, the complete orchestrations for a "Leonard Bernstein Gala".

In 1994 he moved to Hof, Germany to become Principal Trumpet in the Hofer Symphoniker, for whom he has since written numerous compositions and arrangements, notably in the jazz/rock/classical "crossover" field which is becoming increasingly popular.

This stylistic versatility, which ranges from renaissance to funk, has also enabled him to play with and write for such renowned ensembles as London Brass, German Brass ("Bach 2000", "Ouvertüren", "On Tour", "Evergreens") and bach blech & blues and have his works recorded by Bavarian Radio and the Berlin Symphony Orchestra. Lawrence´s Concertino for 2 Trumpets, Strings and Rhythm Section has been recorded by Hans Gansch and Matthias Hoefs, 2 of continental Europe´s best soloists. Peter Lawrence performed the world premiere of his Trumpet Concerto with his orchestra in 2007 and his musical adaption of the fairy tale "Puss in Boots" for speaker and orchestra has delighted children in several concert performances.

It is Lawrence´s wish to create succesful fusions of diverse musical styles, thereby creating new sounds which can appeal to a wide audience. He has composed works for jazz ensembles and symphony orchestra, including a project which his own Latin band "Banda do Patio" played with his orchestra in Hof. A newer project involves the renowned Brasilian jazz trumpeter Claudio Roditi in a mixture of jazz rhythm section and classical brass quintet music.

Peter Lawrence lives in Hof with his wife, Ulrike and their 2 sons, David and Jeremy.