Keep, conserve, save...and the automotive joy will remain on your side!

MARINE-CLEANTM cleans and degreases in one application without leaving residues, noxious fumes or flammable solvents. No other cleaner works as fast or as well. It makes petroleum-based cleaners almost obsolete because MARINE-CLEANTM can be diluted with water up to 3, 4, 5 and even 10 times its volume while remaining more potent than other cleaners. 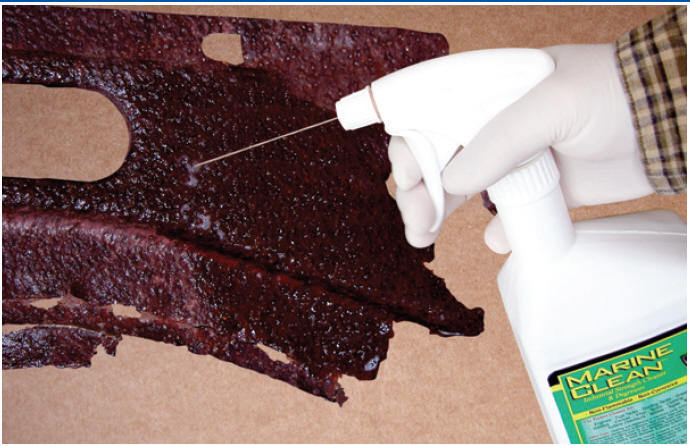 Adhesion is important with most paints but has to be perfect for POR-15 to achieve its maximum effectiveness.  A solvent wipe before painting didn’t work with POR-15; in the lab we found it did more harm than good by leaving a residue that didn’t help with adhesion or appearance.  We had to come up with a substance that would clean metal without leaving a residue.  What we developed, Marine-Clean, contradicts all accepted theories about metal prep products: it’s water-based, not solvent-based and it cleans without leaving residues.  In laboratory adhesion tests, our POR-15 coating using Marine-Clean first to clean the bare metal far exceeded every other prep product we found in the marketplace.