Why Silja Cup is so healthy

Silja Cup is made from 100%  highest-quality medical-grade silicone, produced in Germany, which is also used in medicine and food industry. If looked after properly and used correctly, this material can last for up to ten years. It does not contain any hazardous substances like formaldehydes, phtalates or glyphosates, and does not contain  bleach or dyes. Your sensitive mucous membranes are not burdened. Unlike tampons, which consist of absorbent fibers, the liquid is not absorbed, but collected in the container. This does not interfere with the natural vaginal flora and the mucous membrane is not dried out. 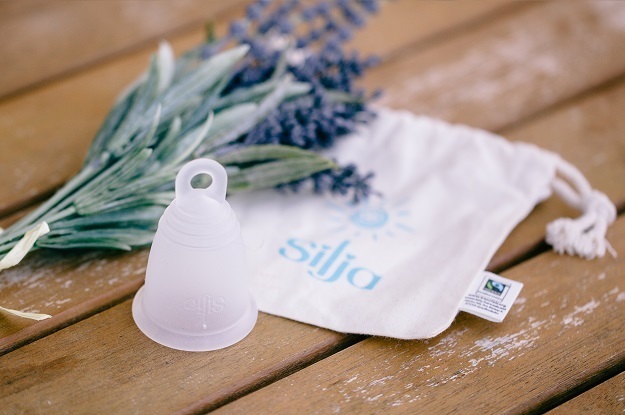 Can I use Silja Cup at the first menses?

Yes, you can use the Silja Cup at your first menses. We recommend the smallest size Silja Cup first. You can also use Silja Cup if you have not had sexual intercourse yet. However, it can happen that when using the Silja Cup the hymen breaks down.

Can I use Silja Cup together with contraceptives (spiral or similar)?

Basically, you can use the Silja Cup together with contraceptives that are worn inside the body. The Silja Cup is worn at the end of the vaginal canal and far from the cervix. However, as it may be beneficial to cut the thread of your spiral, it is best to consult your doctor before using the Silja Cup.

The Silja Cup and contraception

The Silja Cup is not a method of contraception and must not be worn during sexual intercourse. You can use the Silja Cup at the same time as using contraceptives that are worn internally. We recommend speaking to your doctor before using the Silja Cup.

Is Silja Cup suitable for every menstrual strength?

Yes, you can use the Silja Cup at any menstrual strength. Of course, the different sizes also have different volumes to safely collect the appropriate amount of menstrual fluid. A menstrual cup can absorb far more fluid than e.g. a tampon. If you have a very heavy menstruation, you may need to empty your Silja Cup a little more often.

Is it very unusual to use Silja Cup?

At first, some women are skeptical of the idea of ​​using the Silja Cup. However, once you have familiarized yourself with the application and tested it, you will find that the use of a menstrual cup is by no means disgusting. On the contrary, the Silja Cup is perceived as hygienic, clean and comfortable.

Can I use Silja Cup during the night?

The Silja Cup can be used day and night, but should be emptied and cleaned at least every 8–12 hours.

Can I use Silja cup during lochia?

The Silja Cup should not be used when experiencing lochia due to the higher risk of infection.

Toxic shock syndrome is a bacterial infection that can lead to severe circulatory and organ failure. TSS occurs most often in women who are using tampons during their period. It is not yet known whether TSS can also occur when using a menstrual cup. The symptoms of TSS can be similar to flu: sudden high fever, vomiting, diarrhoea, dizziness during your period. If you experience these symptoms, please remove the Silja Cup to be on the safe side and seek medical advice immediately.