All prices do not include the legal VAT.
Basket
Your basket is empty.
Sign in
Forgot your password?
Register
Currency selection
€ (Euro)
$ (US Dollar)

The groupmixer can combine or build include/exclude contactlists with a preselected logic out of two grouplists. 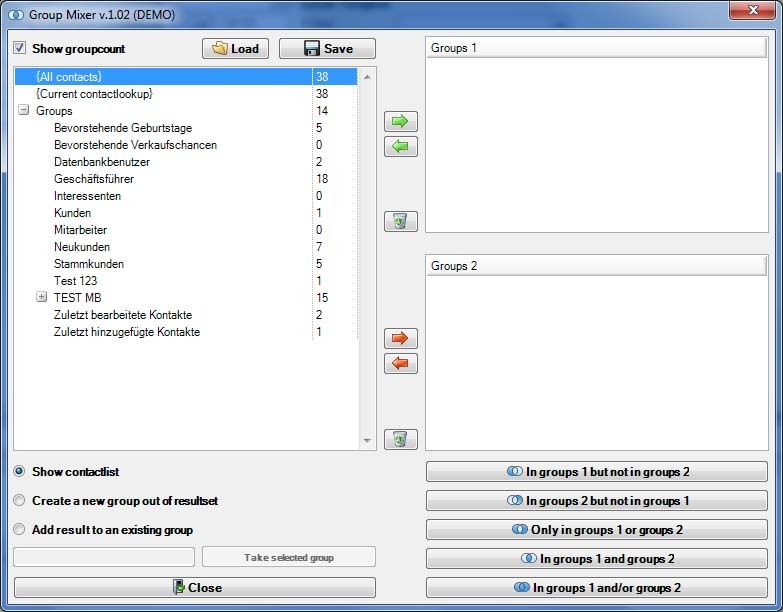